While I was working on my last assignment for Animation Bootcamp course in early 2020, being this a coursework (not client work!), I decided to refresh the given design. One of the reasons that I wanted to redesign the assets was Alena Hovorkova's take on the BtIS animation. Before taking the course, I was looking for reviews and coursework to see what to expect, and it was her work that persuaded and inspired me.
Characters
The main protagonists of this motion piece are a lumberjack and an ice sculptor. Since both of them were originally represented as two males, I wanted to show the diversity in gender and culture, thus creating more characters. To avoid the complexity of character rigging and animation, they remained represented as floating heads, same as the original assets.
(The original assets are further down for comparison.)

First sketches if the new characters

First sketches based on the original storyboard. 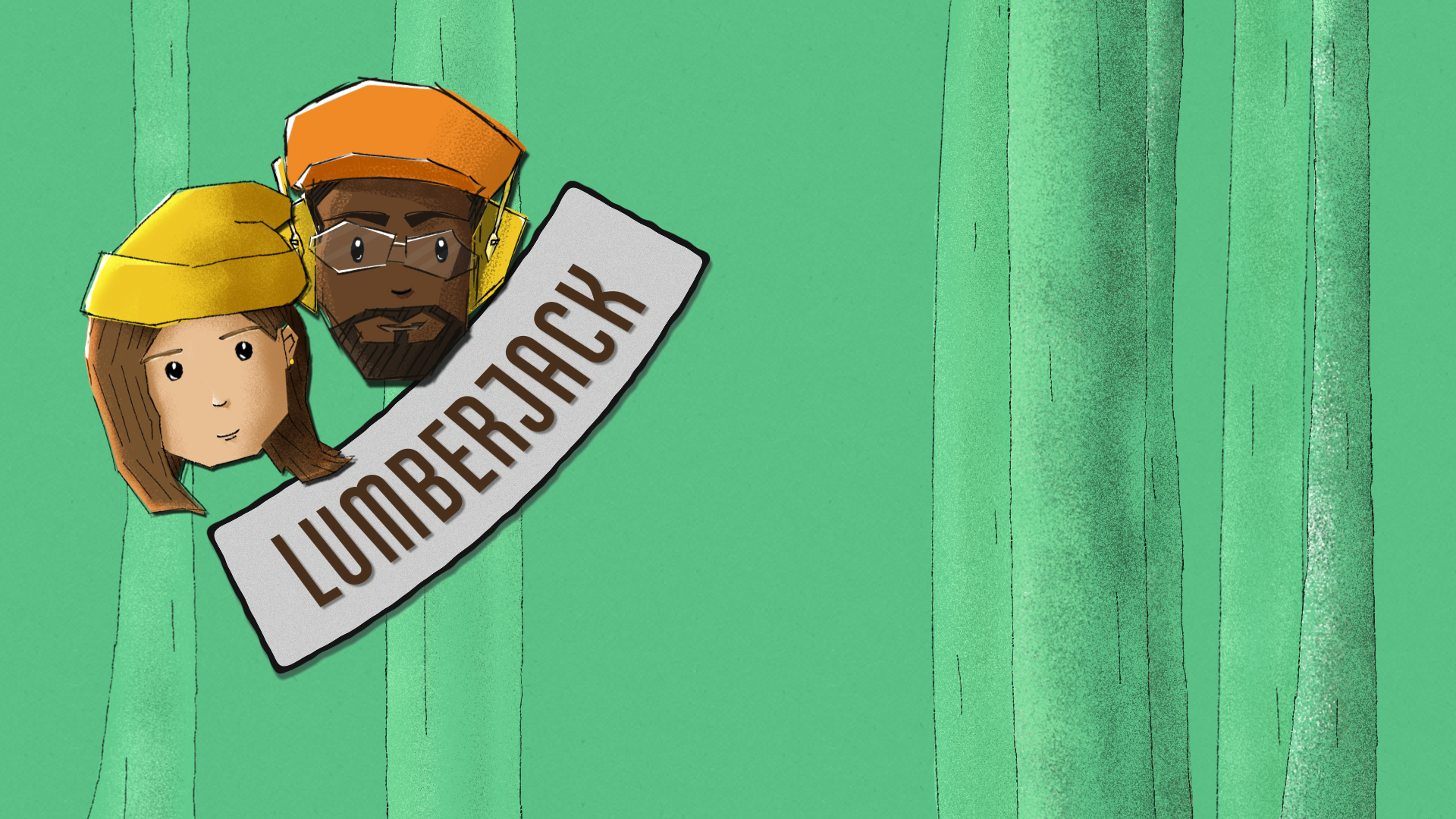 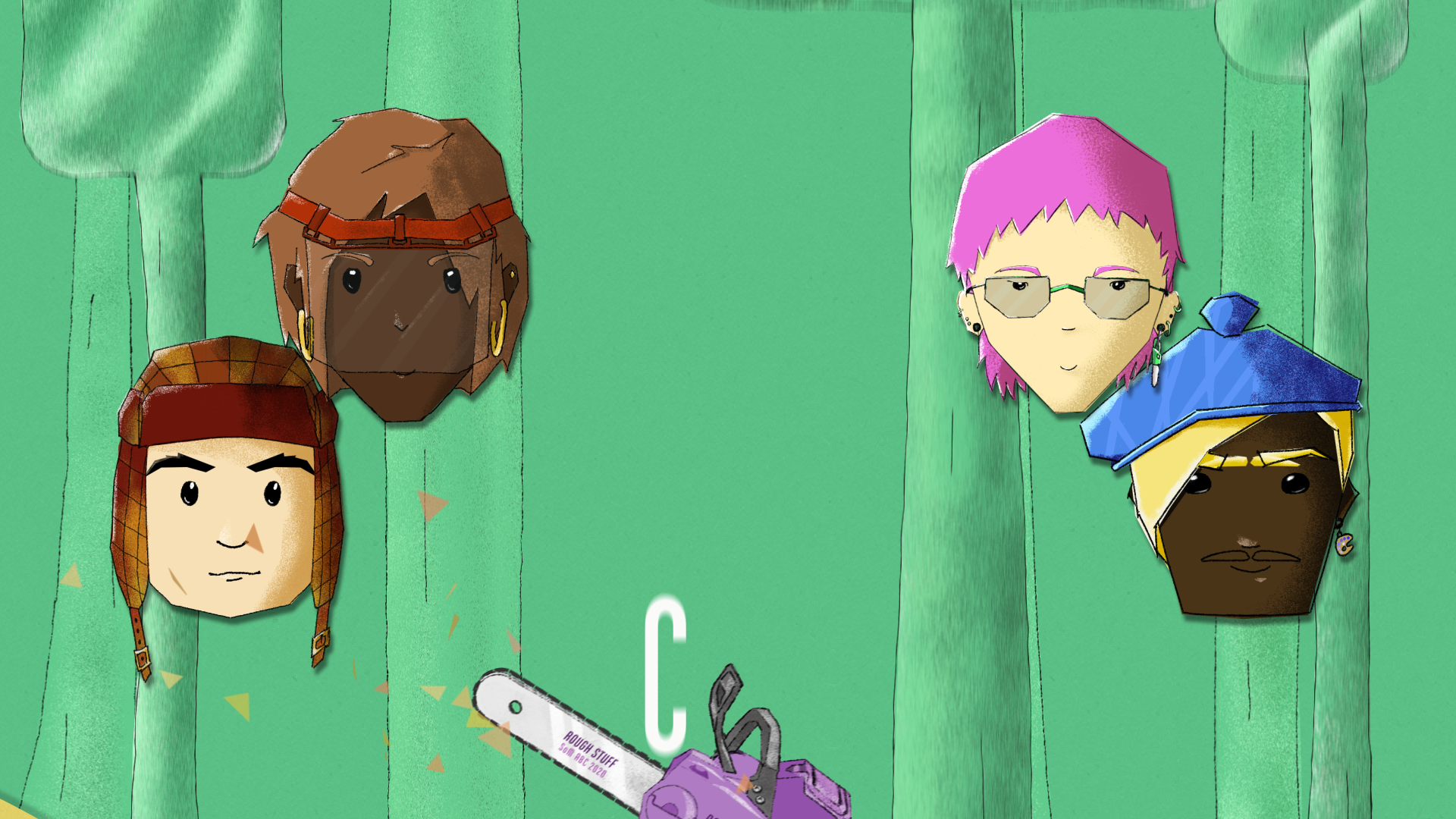 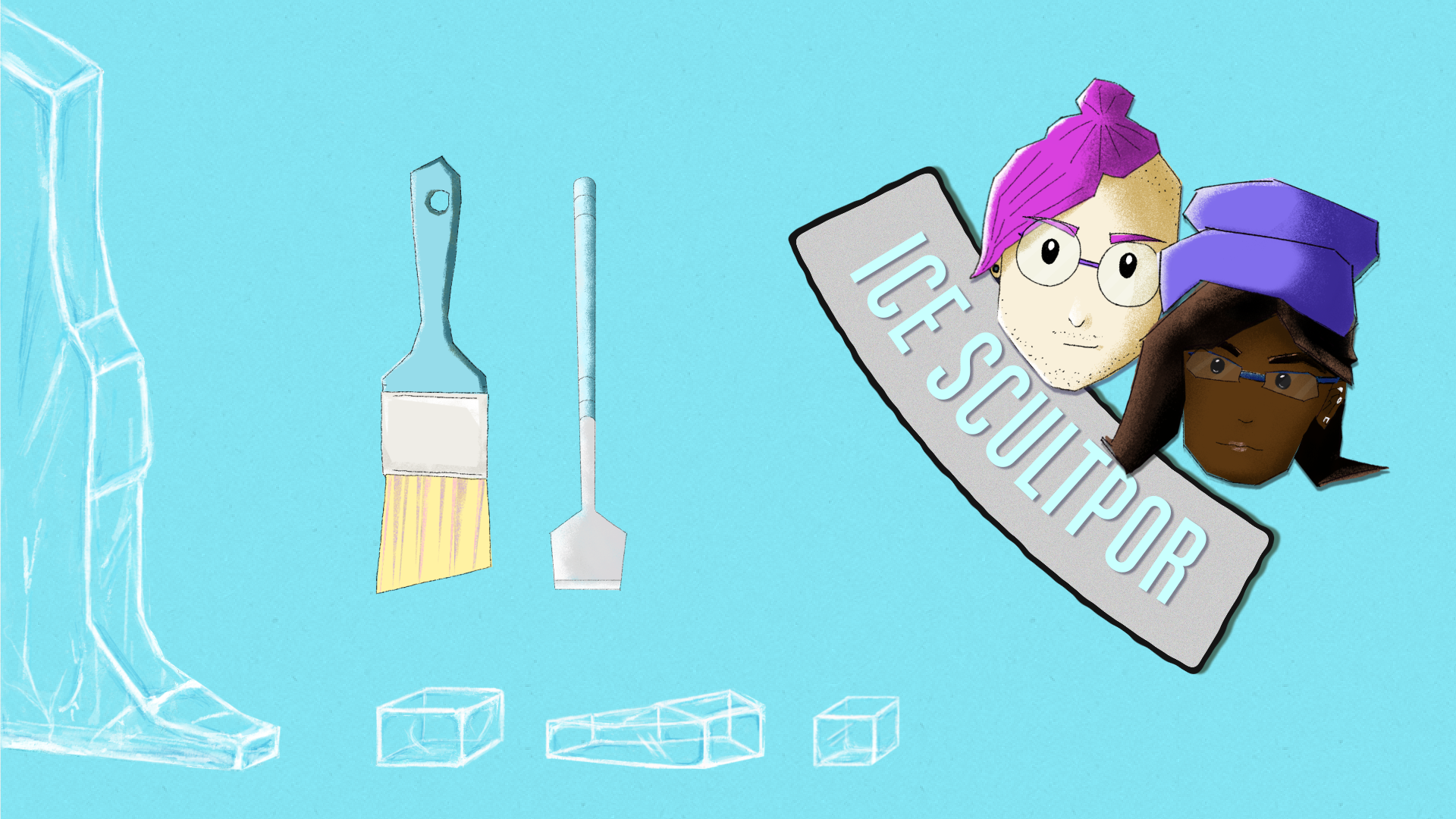 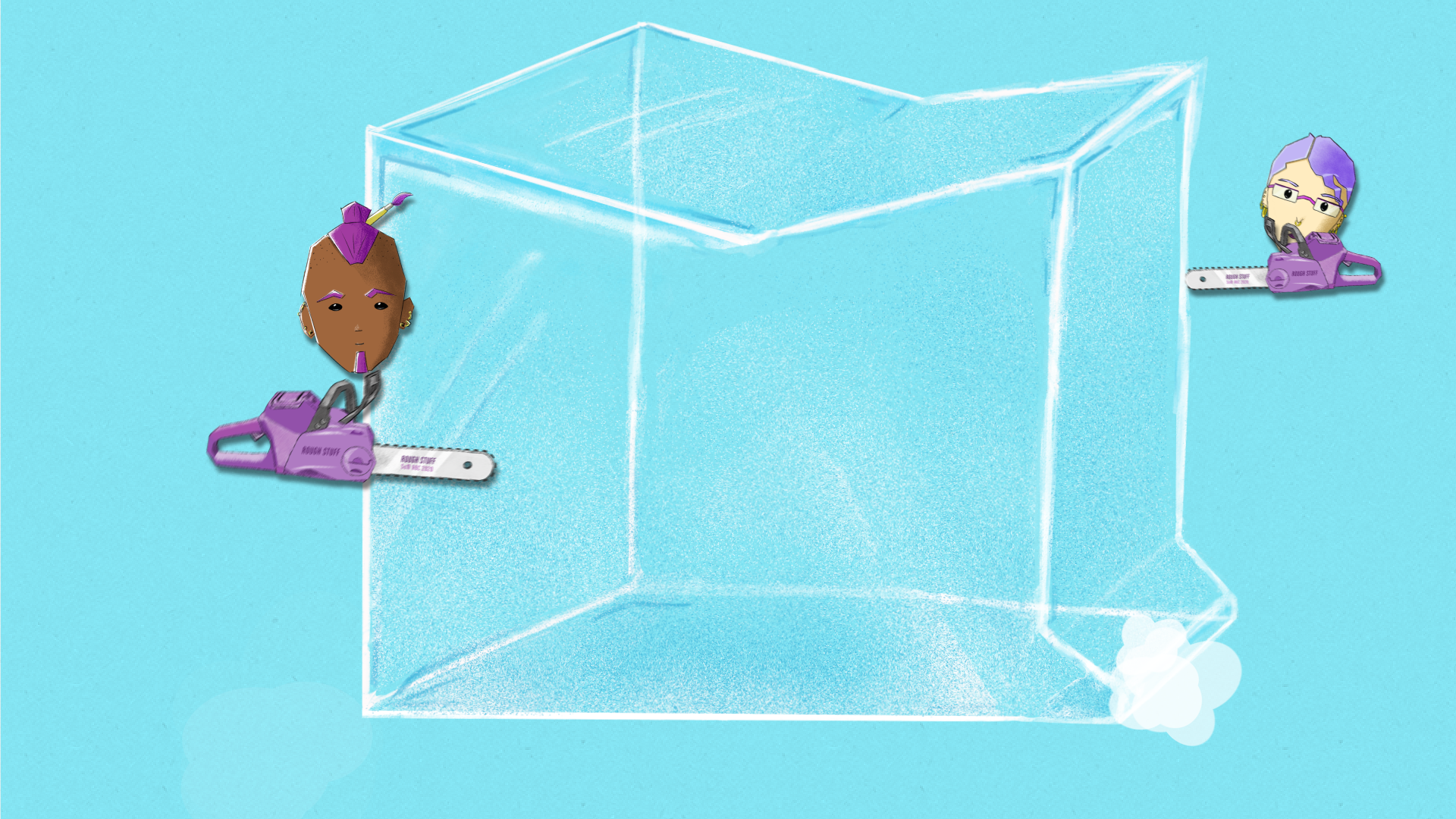 Assets
To keep everything in the same style, a few more assets were needed before the animation could begin. 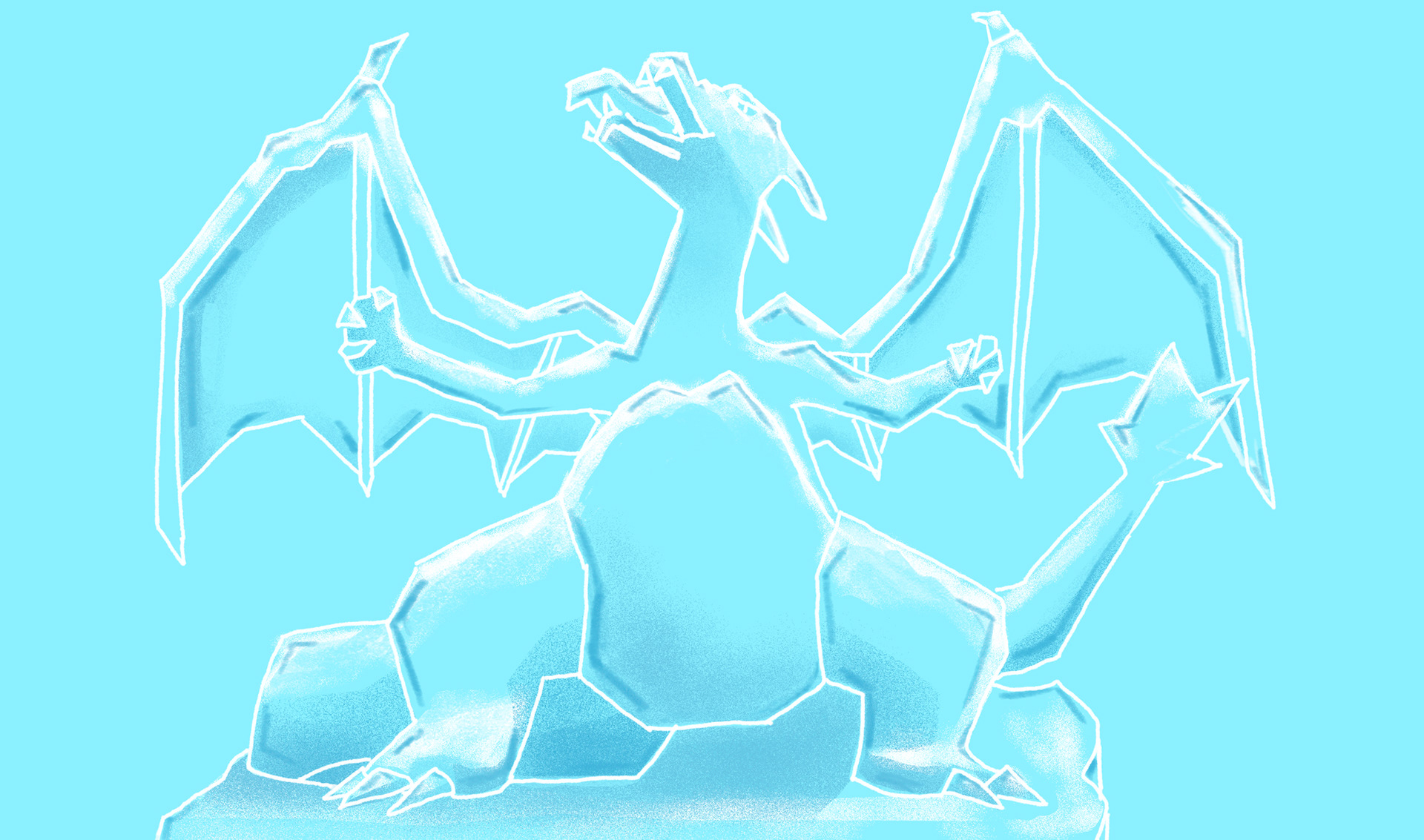 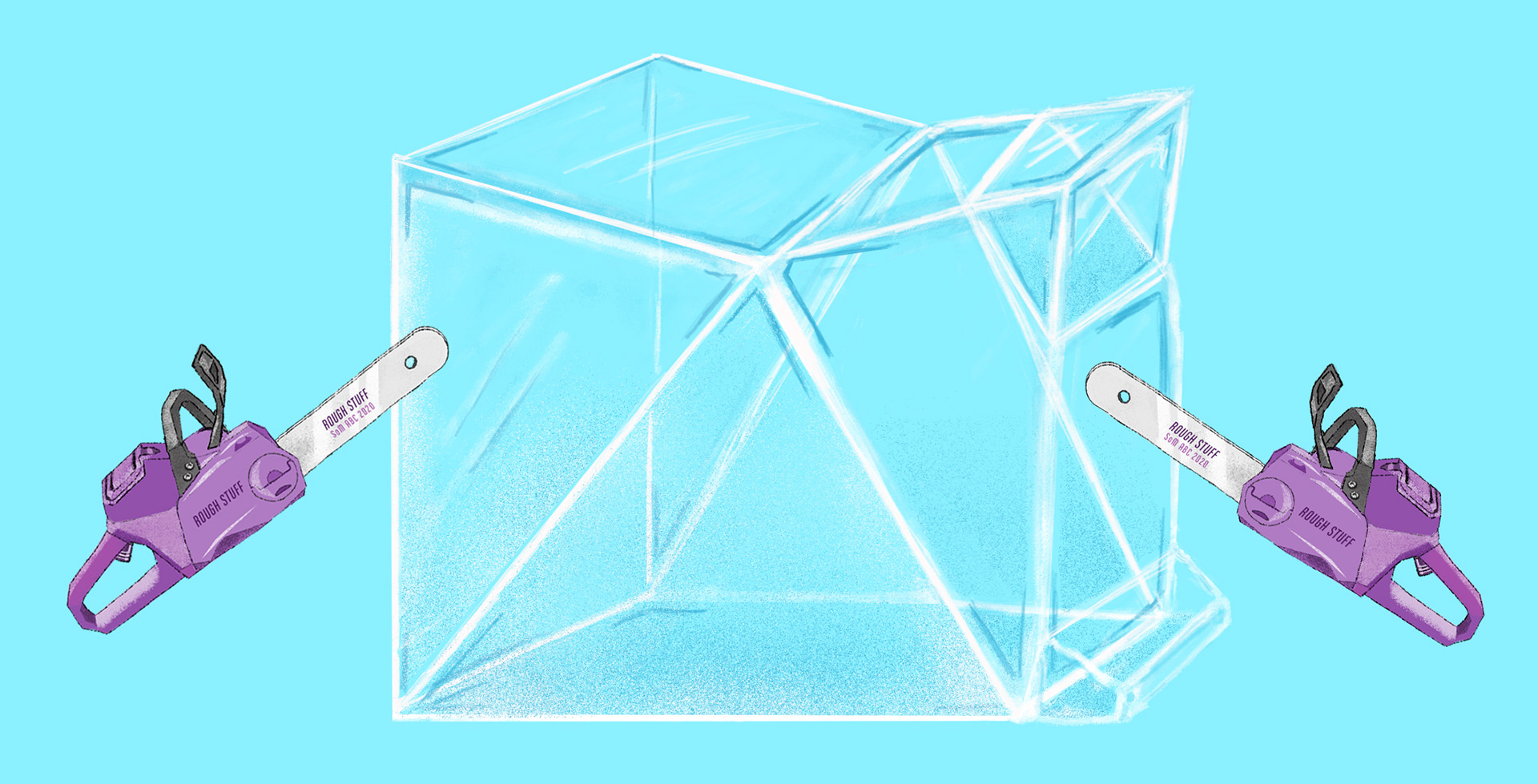 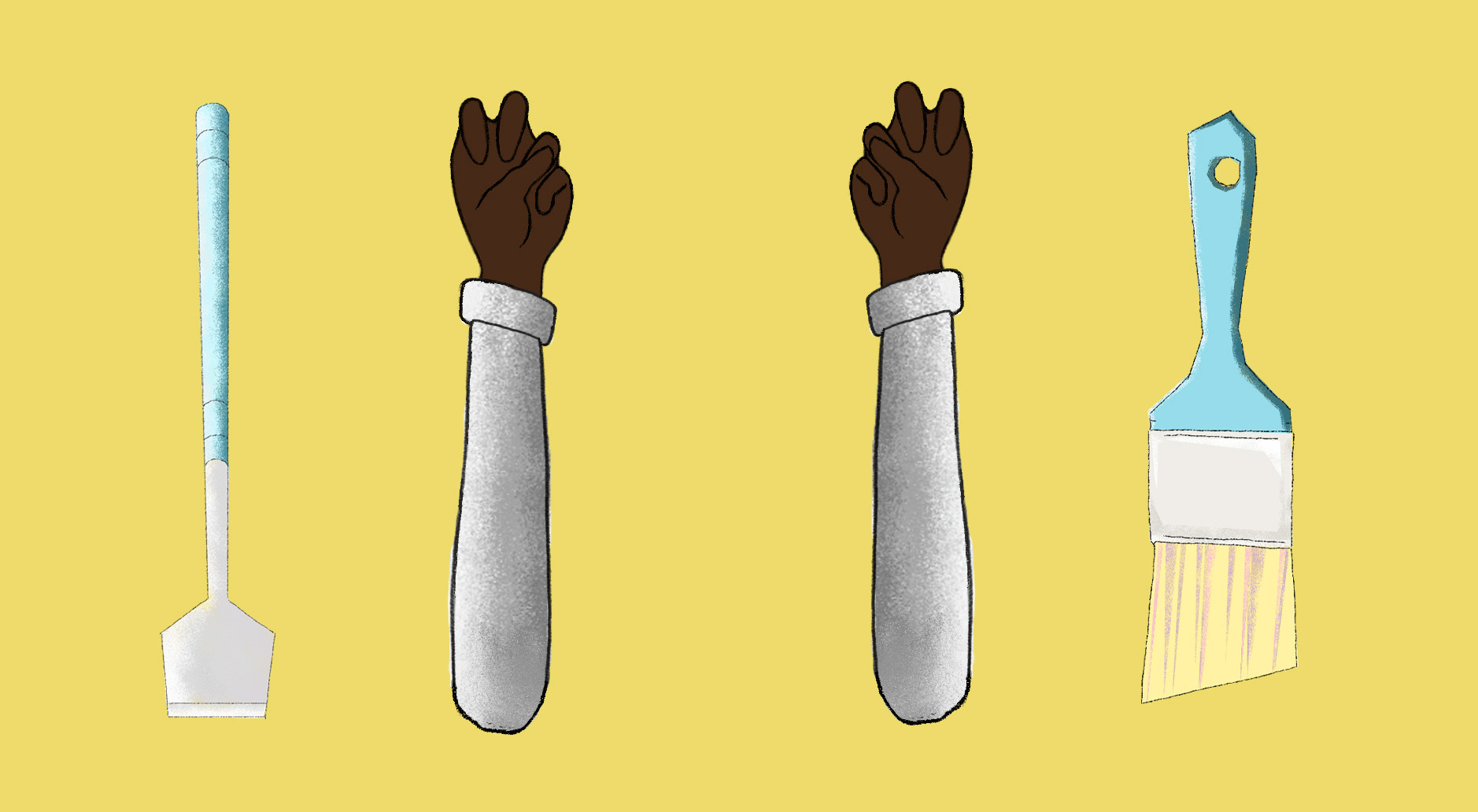 When I was thinking of the representation of the GIANT ICE DRAGON, Pokemon Charizard came to my mind. A bit of an irony, since Charizard is actually a fire Pokemon. :) Charizard is magnificent and deserves all admiration!
Storyboards
I wanted to know what the visuals prepared will look like before animating, and applied it to the boards that School of Motion provided. (The original frames are further down for comparison.) 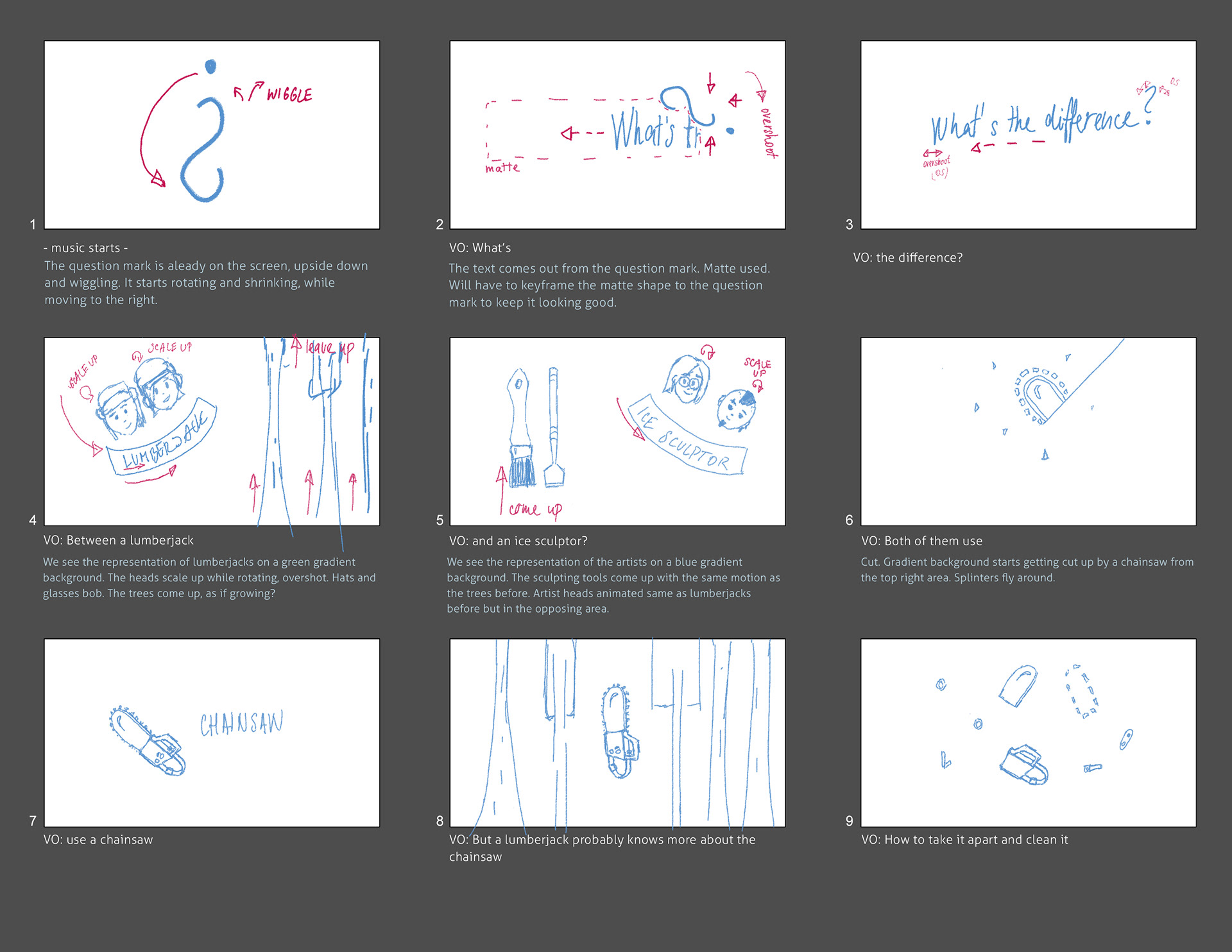 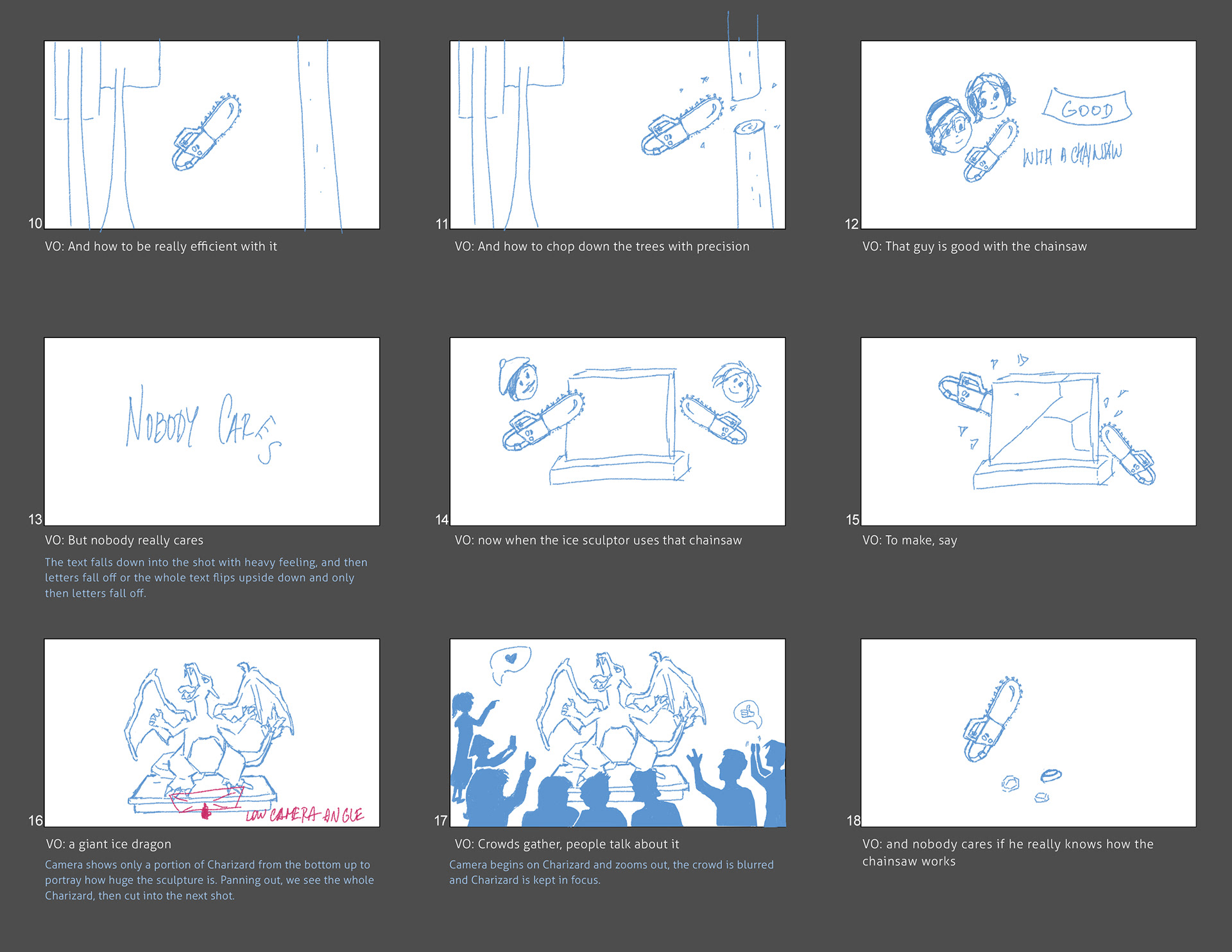 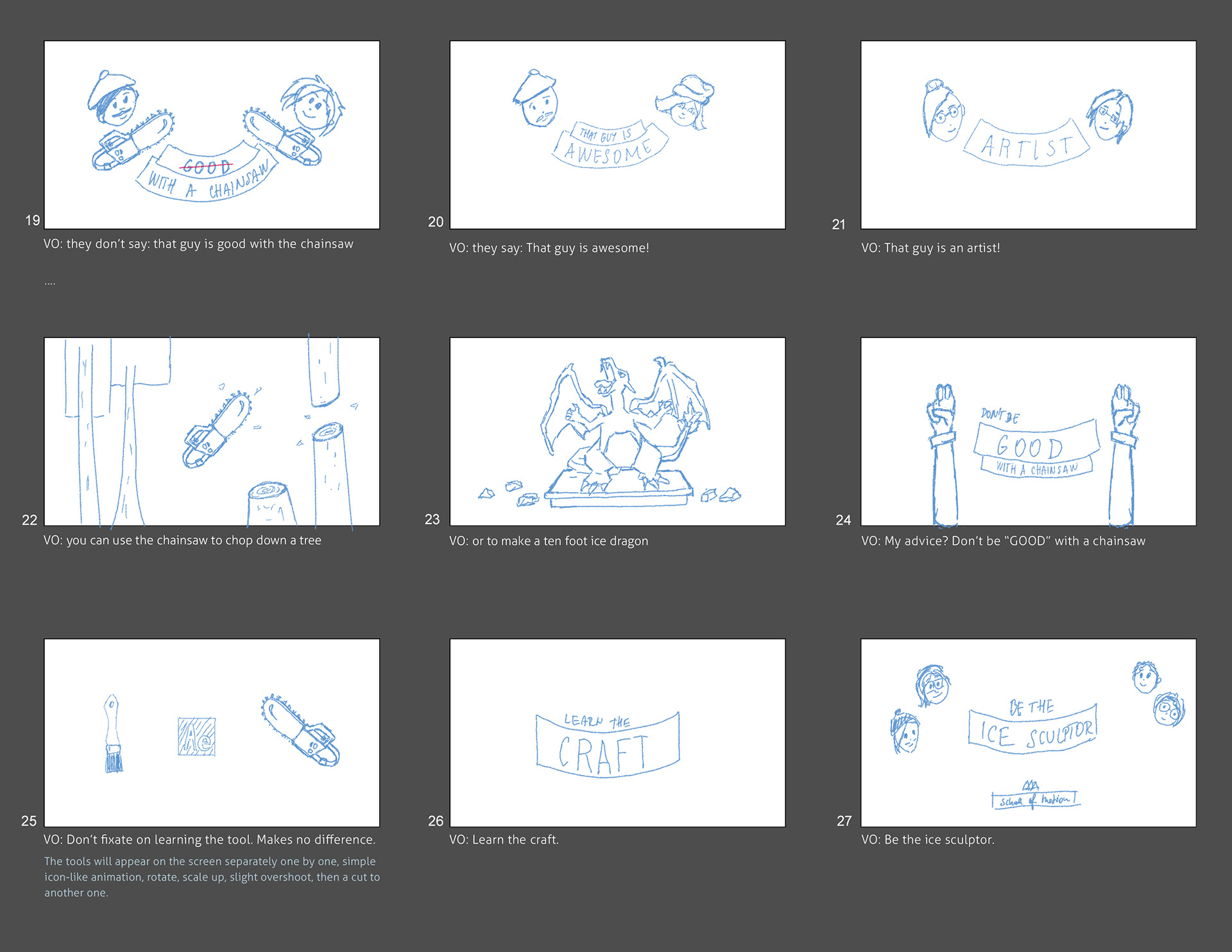 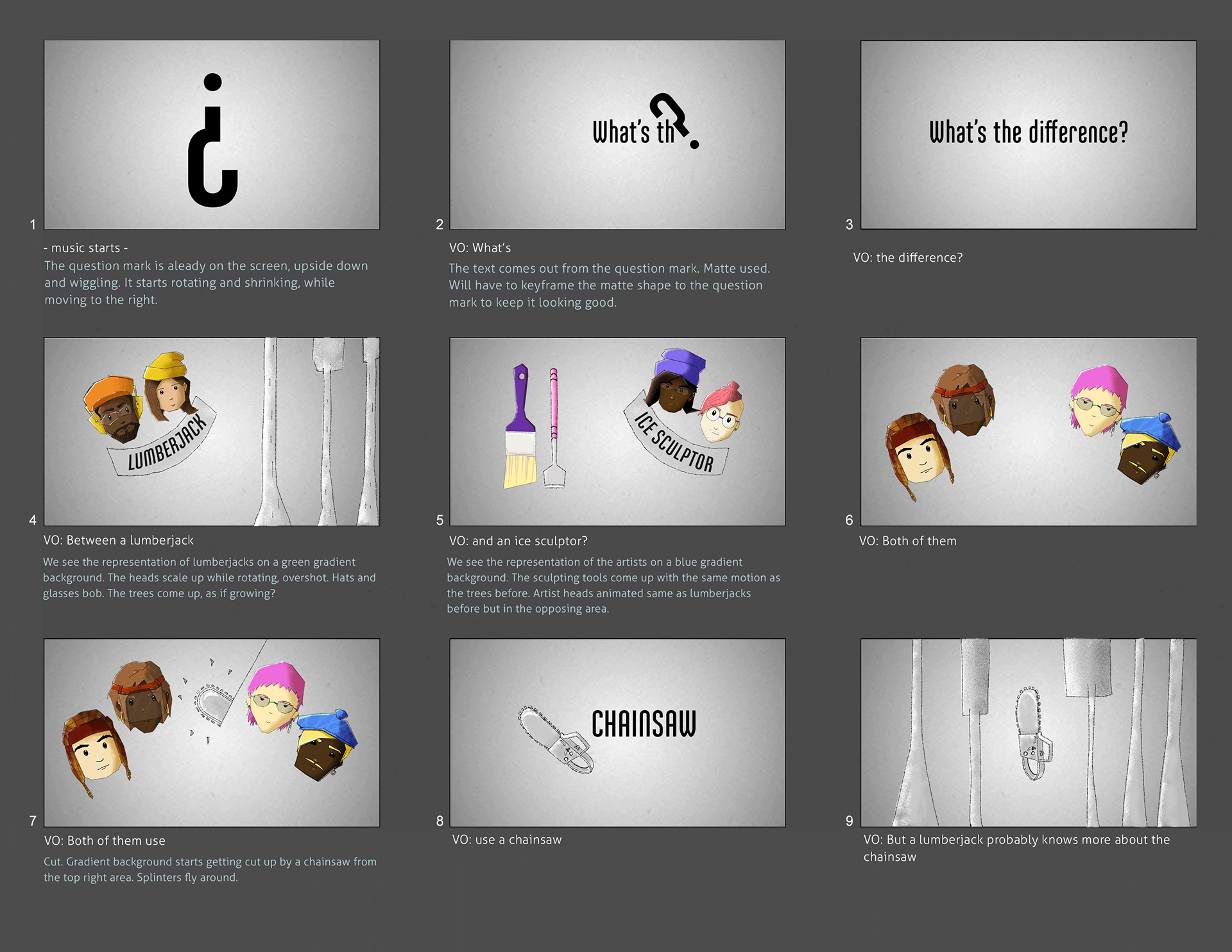 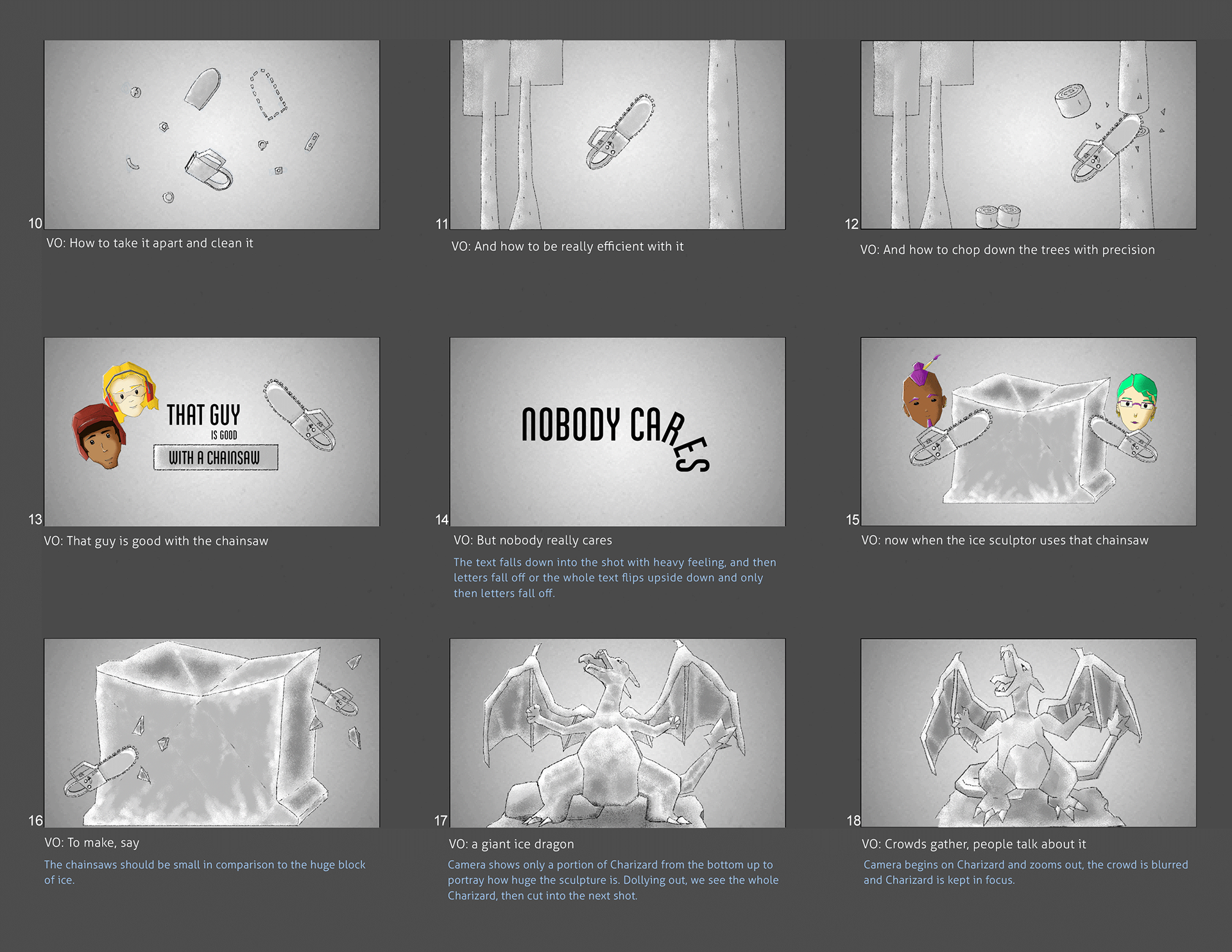 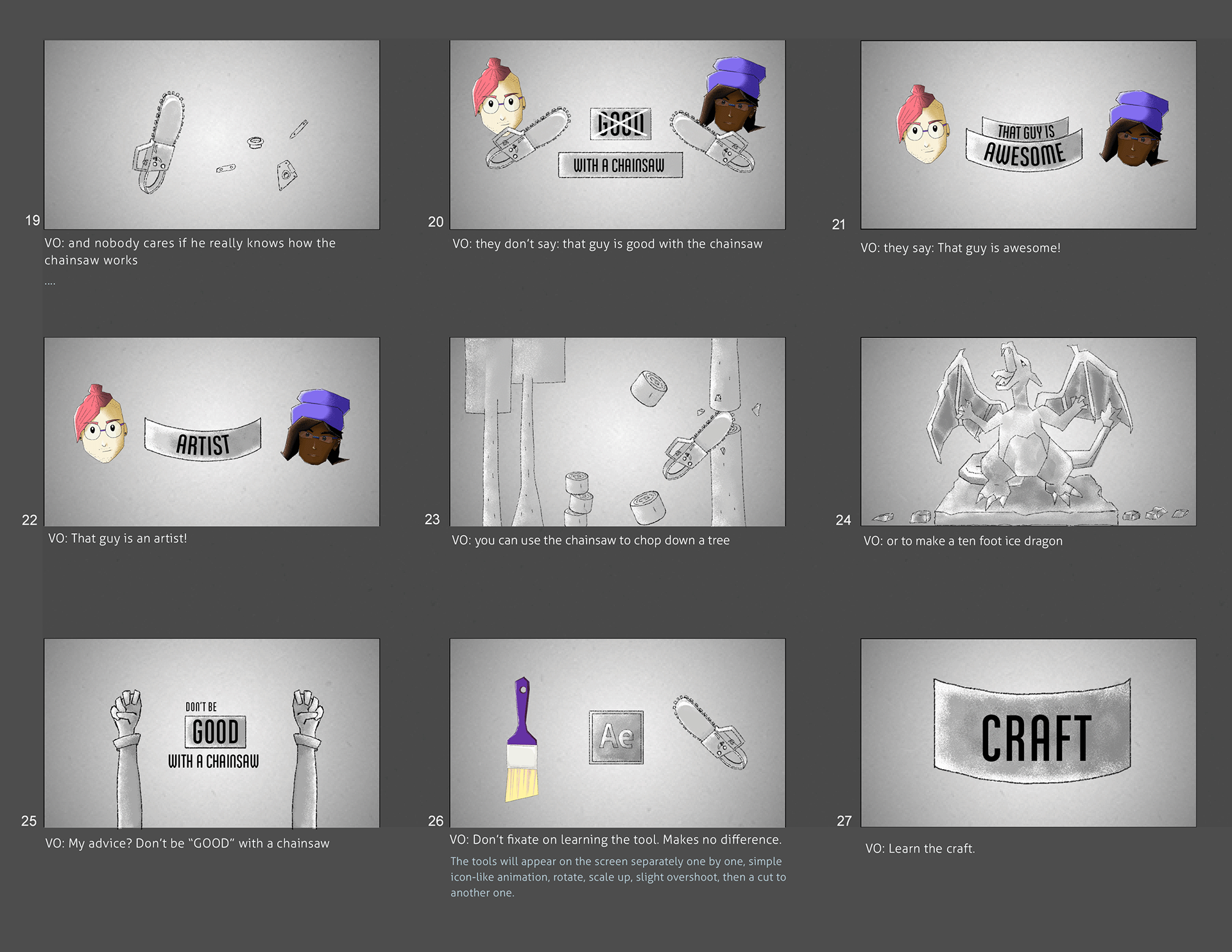 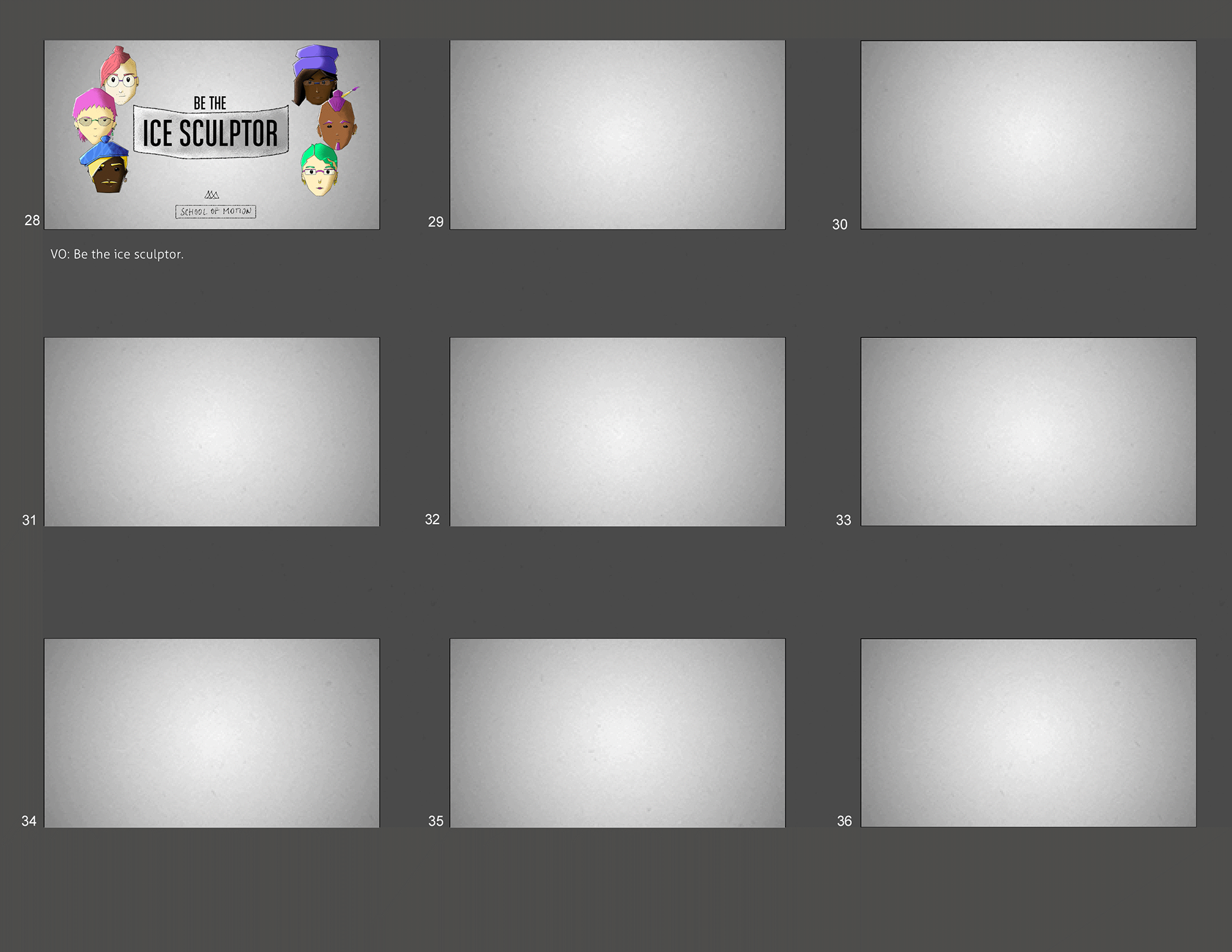 First sketches of the boards based on the original boards. I started with the linework and built the characters first. Then I refined the other assets. At first I was trying to work with the gradient background but later decided that it wasn't working well with the colours. 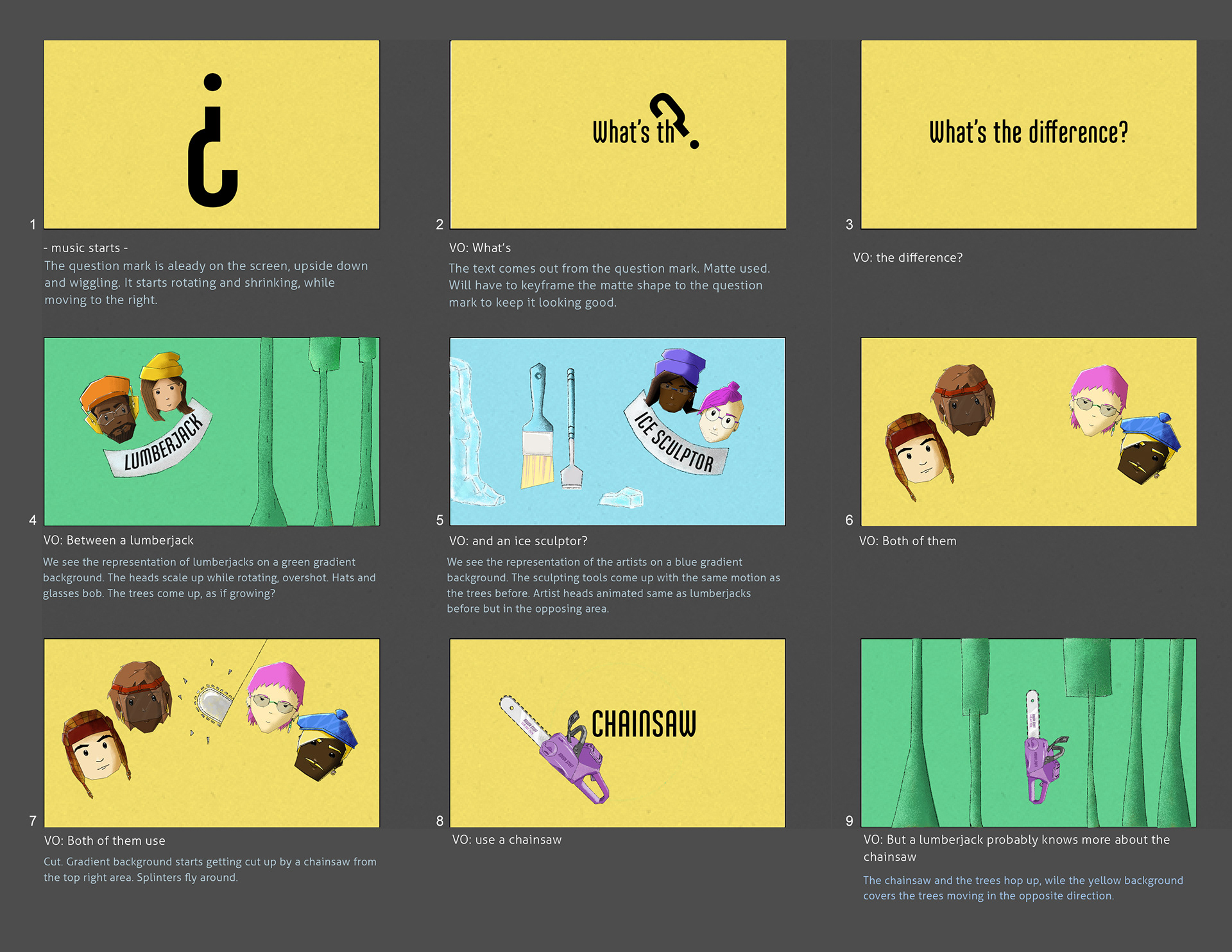 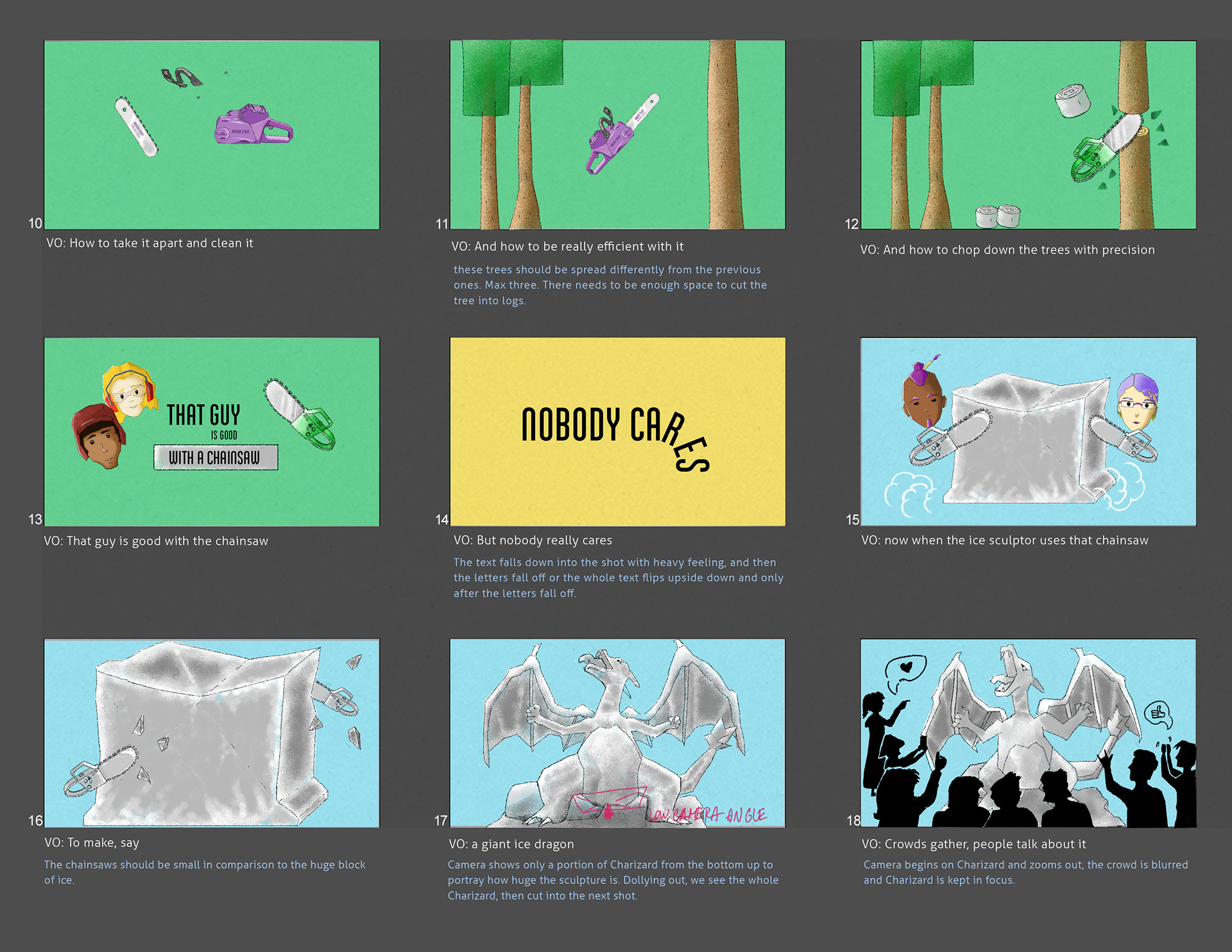 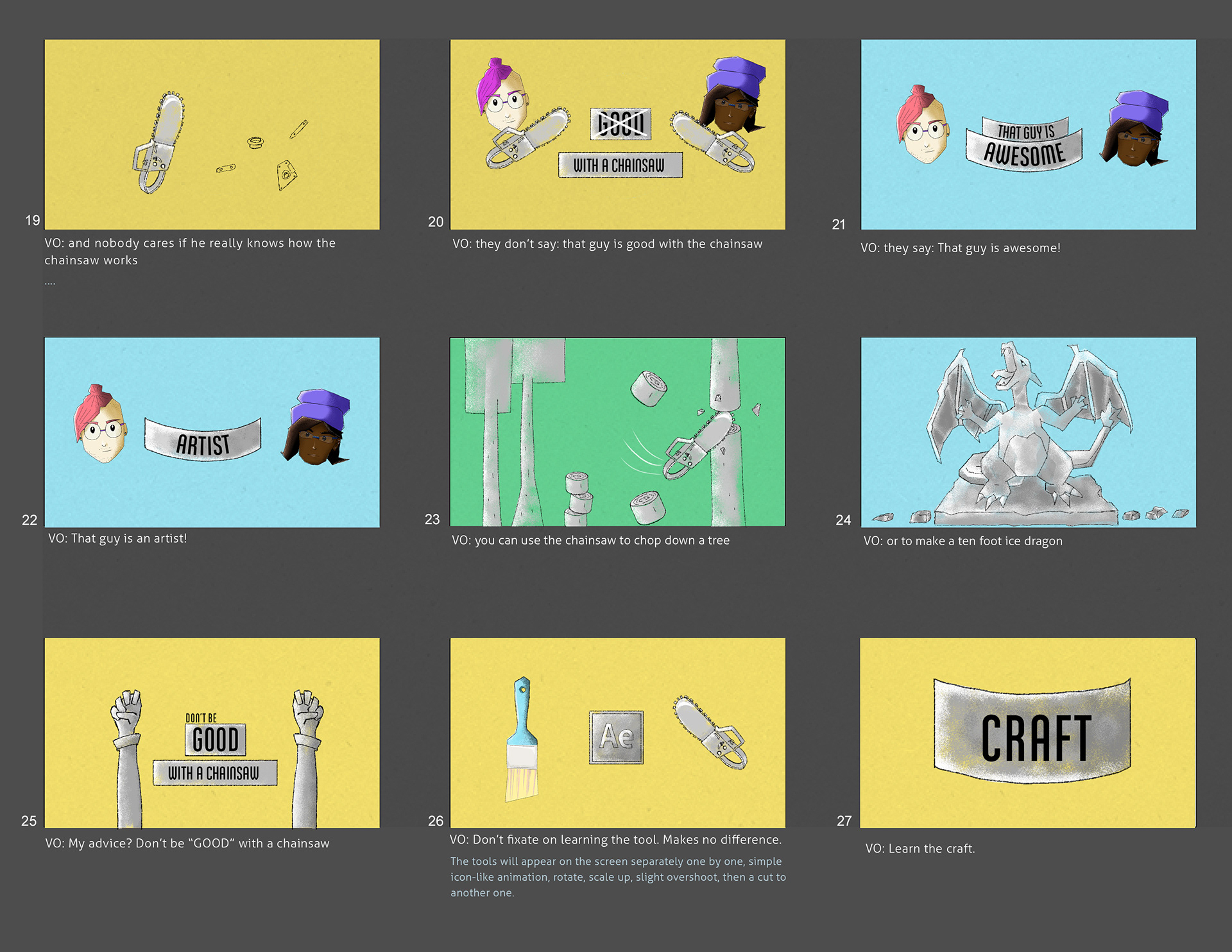 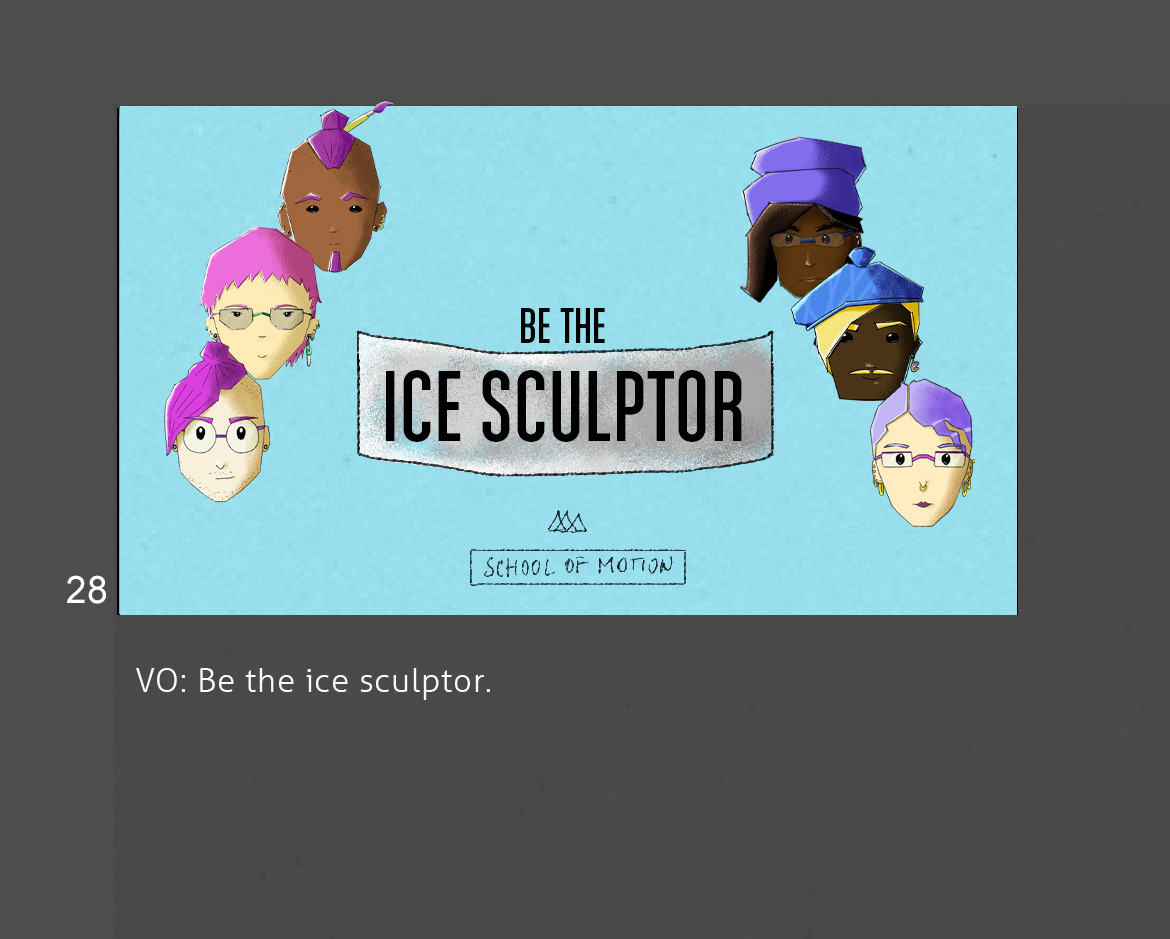 After Effects timeline
It's just a few layers. Hidden in pre-comps. :)
Thanks to listening to all the internet advice, I always (try to) label my layers properly. (Thank you, Ben Marriott.) 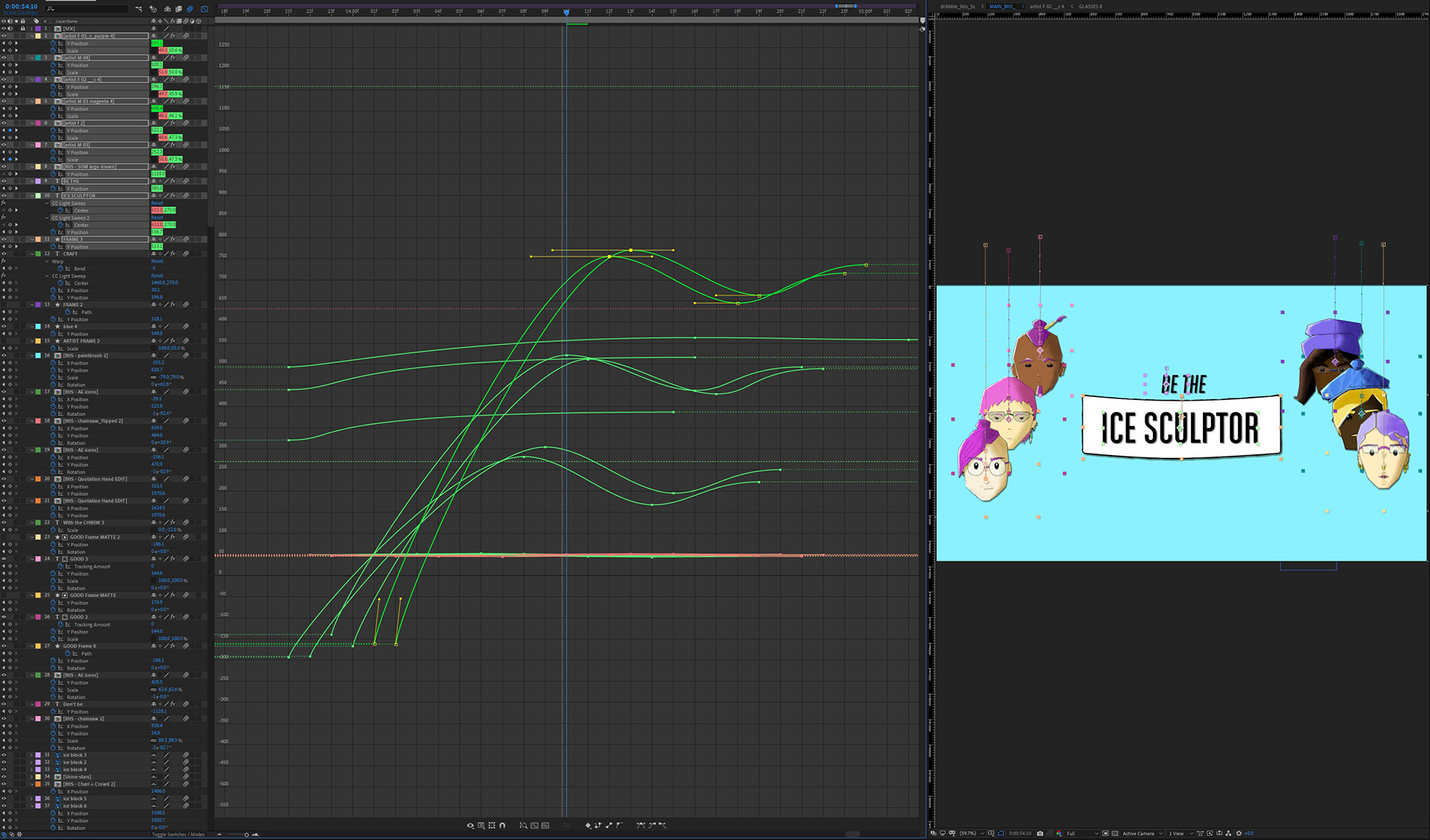 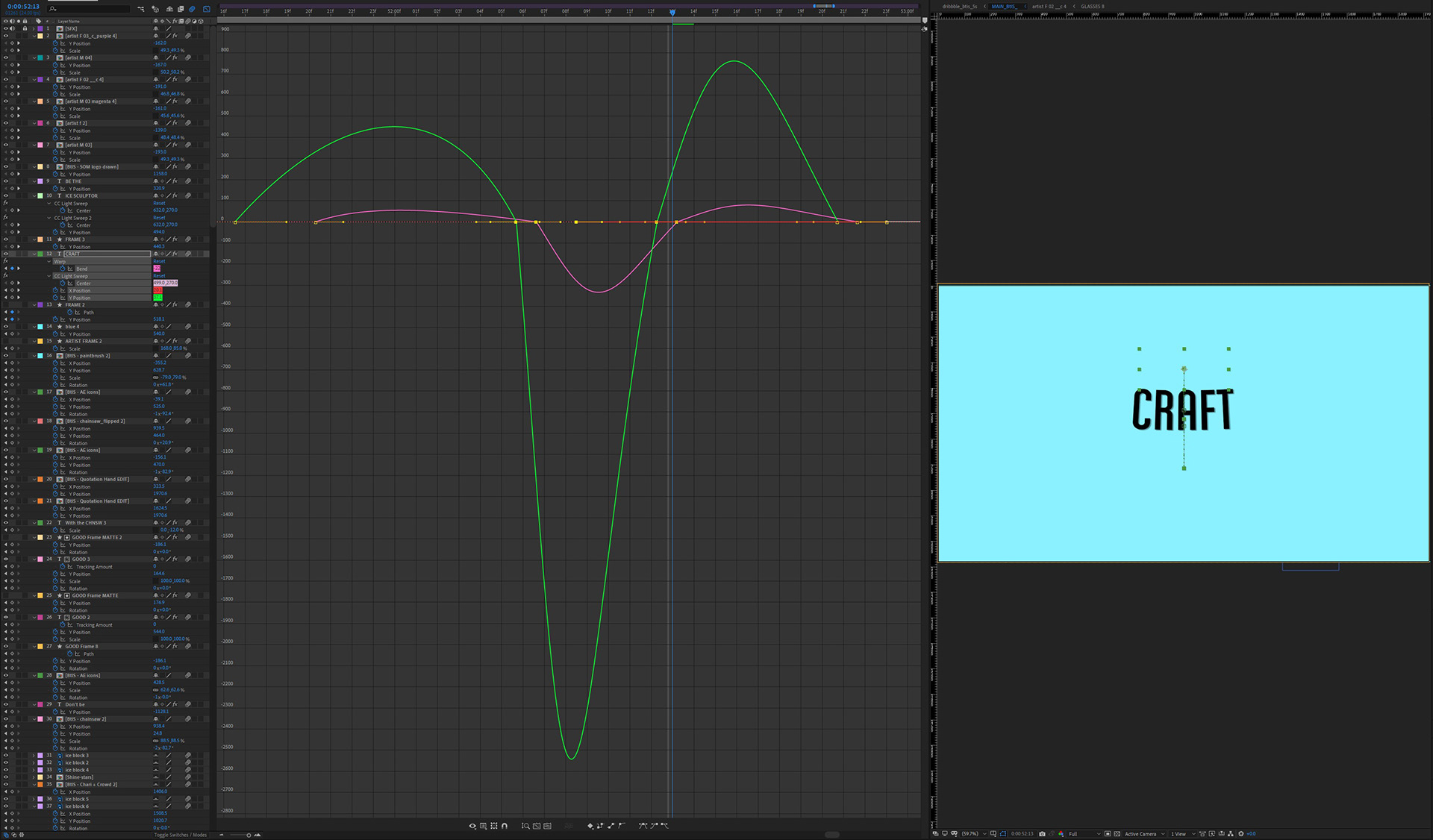 Value graph editor (left) and speed graph editor (right) were both used variably.
The Supplied Assets and Boards
Since the course Animation Bootcamp was all about the principles of animation, the task was to animate to the voiceover, rather than design. All necessary assets were therefore supplied by School of Motion in this style:

Tasty cookies for everyone! Will you accept them? Accept